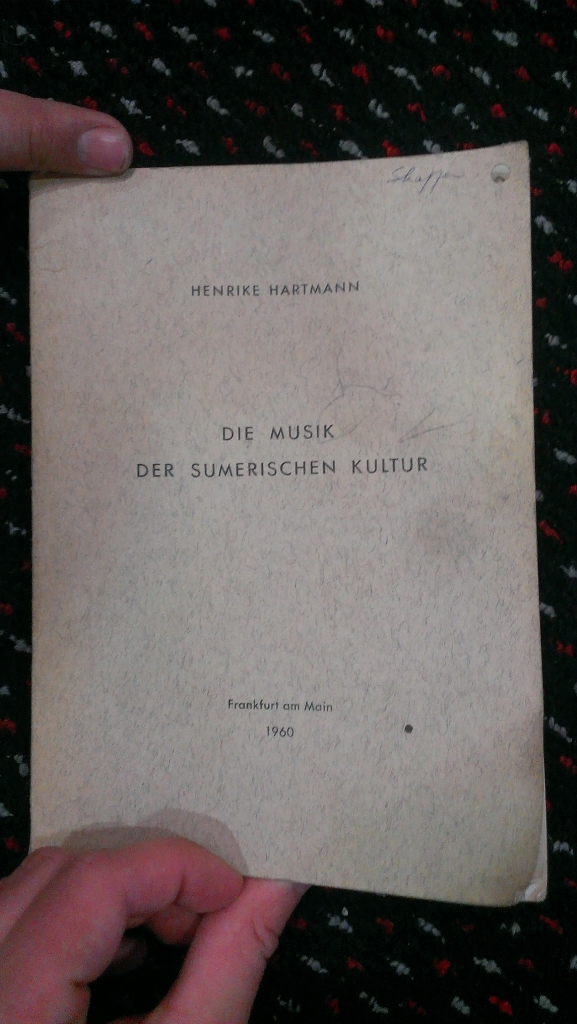 Exactly 80 years ago the Nazis burned books on public squares all over Germany. They burned writings by Erich Maria Remarque, Erich Kästner, Sigmund Freud, Kurt Tucholsky, Karl Marx – to name just a few. It was a portent, typical for every dictatorship: First they wanted to eliminate ideas than they grew bolder and wanted to kill all the people behind them.

It was in Sulaymania, Iraq, that I was reminded of the burning piles of books in Germany. A kurdish musician and his girifriend showed me this German PhD-thesis about the “Music of the Sumerians”. Saddam Hussein had banned the book during his rule. But the couple managed to get a copy from Beirut which they cherished alot even though both could not understand a word of it. The book was a token of their heritage and history.

Saddam Hussein had failed, the Nazis had failed. The empire of mind is stronger than the Third Reich ever was or any brutal regime ever will be.