A maze and amazement go together, no?

In politics, as in religion, it is equally absurd to aim at making proselytes by fire and sword.

Alexander Hamilton, The Federalist Papers No. 1,

To grasp what is happening, we must set aside a number of deep-rooted prejudices. The first of these is the assumption that democracy presupposes secularisation. The second is the idea that a democrat is, by definition, also a liberal. Historically, this has not been the case. The American Founding Fathers were not secularists; for them, the separation of church and state was a way of protecting religion from government, not the reverse. The French Third Republic was established in 1871 by a predo­minantly conservative, Catholic, monarchist parliament that had just crushed the Paris Commune.

Know your true measurements and dress your mind accordingly.

Muawiya personified ‘hilm’, the wisdom and patience of the Arab sheikh: “I apply not my sword when my lash suffices nor my lash when my tongue suffices. And even if but one hair is binding me to my fellow men, I don’t let it break. When they pull, I loosen, if they loosen I pull.

Flirting in German is a bit like bulldozers making love

War is primarily not about victory or defeat but about death and the infliction of death. It represents the total failure of the human spirit.

“There must never again be and there will never again be a November 1918 in Germany,” was his first political resolution after a great many political ponderings and speculations. It was the first specific objective the young private politician set himself and incidentally the only one he truly accomplished. There was certainly no November 1918 in the Second World War—neither a timely termination of a lost war nor a revolution. Hitler prevented both.

Let us be clear about what this “never again a November 1918” implied. It implied quite a lot. First of all the determination to make impossible any future revolution in a situation analogous to November 1918. Secondly—since otherwise the first point would be left in the air—the determination to bring about once more a similar situation. And this implied, thirdly, the resumption of the war that was lost or believed to be lost. Fourthly, the war had to be resumed on the basis of a domestic constitution in which there were no potentially revolutionary forces. From here it was not far to the fifth point, the abolition of all Left-wing parties, and indeed why not, while one was about it, of all parties. Since, however, one could not abolish the people behind the Left-wing parties, the workers, they would have to be politically won over to nationalism, and this implied, sixth, that one had to offer them socialism, or at least a kind of socialism, in fact National Socialism. Seventh, their former faith, Marxism, had to be uprooted and that meant—eighth—the physical annihilation of the Marxist politicians and intellectuals who, fortunately, included quite a lot of Jews so that—ninth, and Hitler’s oldest wish—one could also, at the same time, exterminate all the Jews.

Sebastian Haffner, “The Meaning of Hitler”

Above all, do not lose your desire to walk. Everyday, I walk myself into a state of well-being & walk away from every illness. I have walked myself into my best thoughts, and I know of no thought so burdensome that one cannot walk away from it. But by sitting still, & the more one sits still, the closer one comes to feeling ill. Thus if one just keeps on walking, everything will be all right. 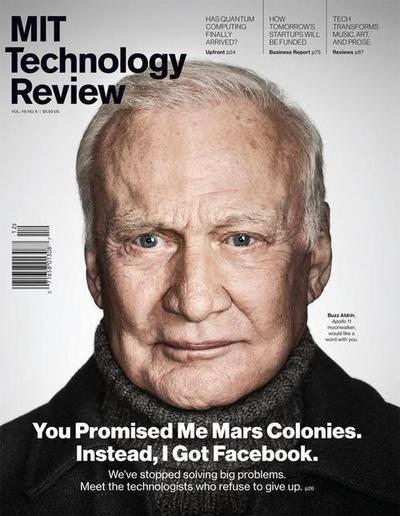 You have to make peace with your neighbours – not their government.

A commander or an officer sees a camera and becomes a diplomat, calculating every rubber bullet, every step. It’s intolerable, we’re left utterly exposed. The cameras are our kryptonite.

An Israeli soldier serving in the West Bank

Landscapes, in childhood’s dream, were so vast and silent. We looked backward through our memory for the prototype upon which all men had walked, between walls, toward such an open square as that in front where the road seems to end.

Greeting me sternly, [Lloyd George] remarked that complaints of me were reaching him from Jews and Arabs alike. I answered that this was all too probable, imagining for a moment from his tone that he was leading up to my resignation. “Well”, he said as we sat down, “If either side stops complaining, you’ll be dismissed.

Once you retire from the service, you become a bit of a leftist.

Yaacov Peri, former chief of Shin Bet, the Israeli domestic secret service that is responsible for the Palestinian territories. Quote from the documentary “The Gatekeepers”.

Much writing today strikes me as deprecating, destructive, and angry. There are good reasons for anger, and I have nothing against anger. But I think some writers have lost their sense of proportion, their sense of humor, and their sense of appreciation. I am often mad, but I would hate to be nothing but mad: and I think I would lose what little value I may have as a writer if I were to refuse, as a matter of principle, to accept the warming rays of the sun, and to report them, whenever, and if ever, they happen to strike me.

This song is the soundtrack from the Israeli movie “Fill the void”. It’s refrain  is based on the bible: END_OF_DOCUMENT_TOKEN_TO_BE_REPLACED

Every hundred feet the world changes

Thus spoke Zarathustra and left his cave, glowing and strong, like a morning sun that comes out of dark mountains.

Friedrich Nietzsche, from Thus Spoke Zarathustra, trans. Clancy Martin (with thanks to asthepoemsgo)

G-Dawg splashes tax cuts like P Diddy with champagne but the banks miss out on the bling.

If your life is burning well, poetry is just the ash.

News is something someone somewhere doesn’t want printed. Everything else is advertising.

Some problems are so complex that you have to be highly intelligent and well informed just to be undecided about them.

I have never kept diaries. I just remember a lot and am more self-centered than most people.